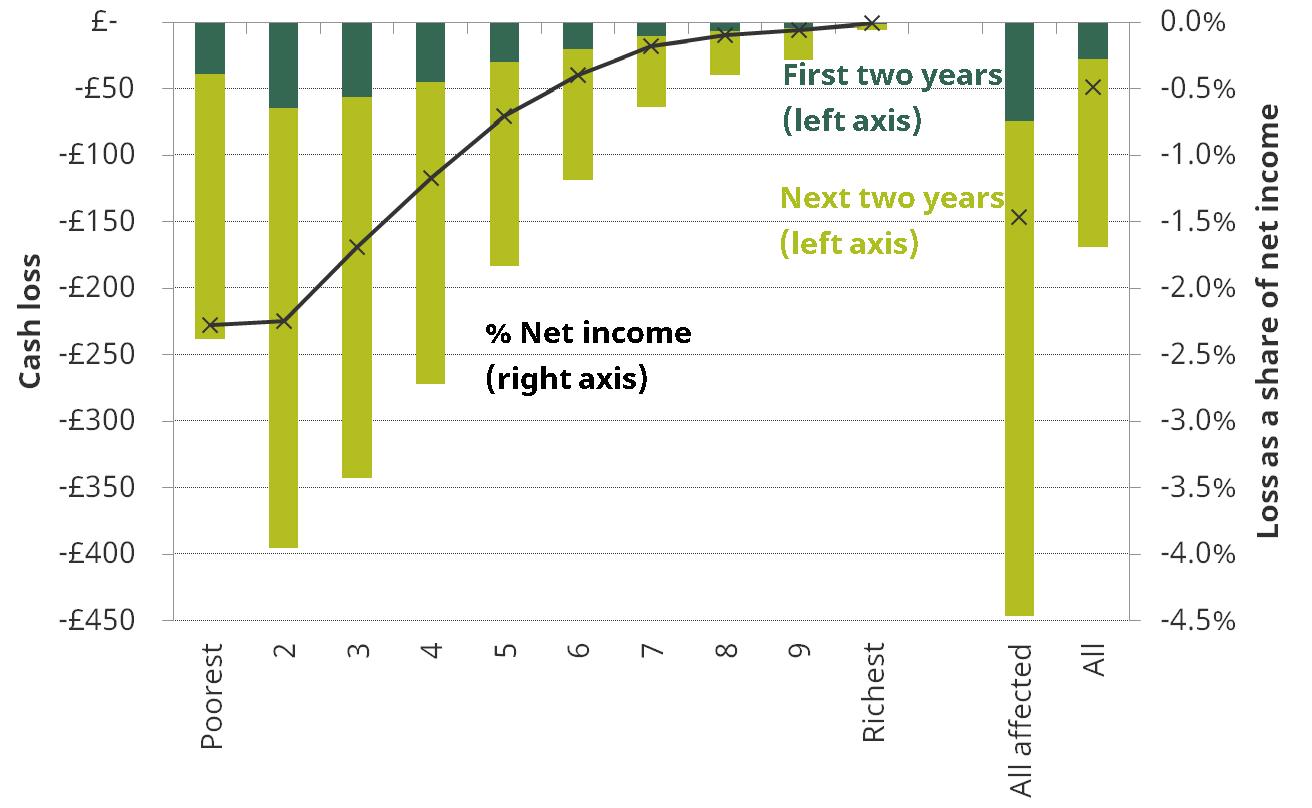 A new report by the Institute for Fiscal Studies shows that poorer families are set to see big cash losses due to a combination of the Conservative Government’s freeze on benefits, including in-work benefits and higher than expected inflation.

The IFS said on their web site:

“The Office for National Statistics announced that inflation in the year to September was 3.0%. Normally the September inflation figure is used to uprate benefit levels and tax thresholds the following April. However, current government policy is to freeze most working-age benefits in cash terms until March 2020. Combined with the latest inflation forecasts, today’s number means that the 4-year freeze is now expected to reduce entitlements in 2019–20 by an average of £450 per year for the 10.5 million households affected.”

We can see that Conservative Party policies are having a detrimental impact on the incomes and living standards of millions of families in Britain and this includes thousands of families, with children in Nottingham. Since the Brexit vote last year inflation has been rising, due in part to the weakness of the British pound and this is driving up everyday costs for people. At the same time as process are rising in-work benefits are frozen and so many people are being hit hard in the pocket.

The situation has serious consequences for everyday family finances as well as the wider economic effect of people having less spending power. It’s now urgent that the Government looks again at the real impact their policies are having on Nottingham families.