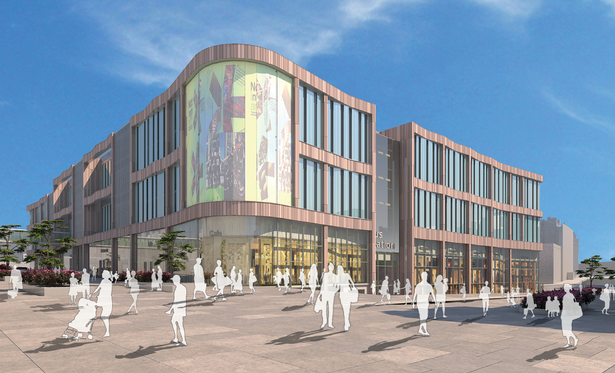 In Nottingham Labour’s 2015 manifesto we promised to work with Intu to refurbish the Broadmarsh Centre and create an attractive and inviting entrance into the city from Nottingham Station and the South of the City.

This summer the final phase of delivering this ambition has begun:

The Southern Gateway project represents a total of £250 million of investment in the area with funding from Nottingham City Council’s capital programme, Nottingham College, Intu and the D2N2 Local Enterprise Partnership. This level of investment will transform the southern part of Nottingham, providing a boost to the local economy, bringing thousands of new jobs for local people and millions of extra visitors to the city.

Our 2015 manifesto also had a commitment to Start the development of a new Central Library for the city and this week we were proud to announce a consultation on an exciting proposal to develop a new central library as part of a revamped Broadmarsh area. A new Central Library at Broadmarsh would be an attractive and inspiring space. Facing onto a pedestrianised Colin Street and Carrington Street, the new library would be at the heart of the revitalised Broadmarsh – flanked to the east by the new City College and to the West by the world heritage destination of Nottingham Castle.

No decision has yet to be taken about whether or not to go ahead and create a new Central Library, but we have started a public consultation to explore the possibility. We are very keen to hear what parents and children would want, as well as current library users. This is your chance to have your say and tell us if you think we should grasp this opportunity to create a new Central Library for Nottingham.

To get involved in the consultation, you can contact us online here: https://www.nottinghamcity.gov.uk/transport-parking-and-streets/broadmarsh/