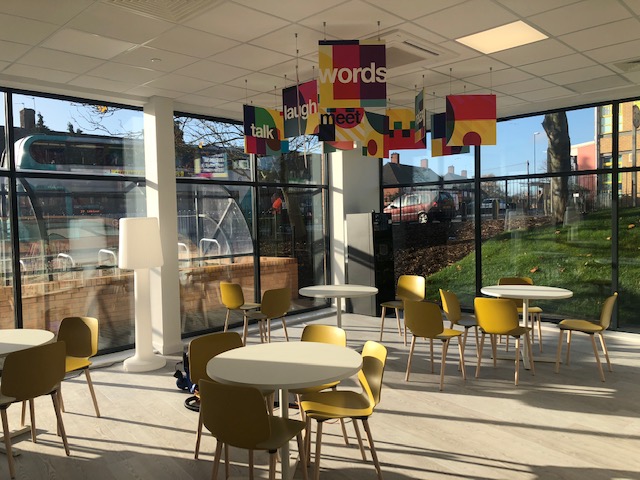 Today the Strelley Road Library opens its doors after £1 million of investment to provide local residents with a new library that is modern, open-plan and provides improved computer access and equipment, including free WiFi.

As a part of Nottingham Labour’s commitment to improving children’s literacy in the city the new library also has a dedicated under-fives children’s area featuring a unique specially commissioned story tree and it will offer opportunities for a greater range of activities and events for all ages.

It’s great news that that this new library will offer people in the area the 21st century facilities they deserve. Visitors will enjoy improved facilities in the new building and it will be a positive addition to the local community. We expect that this move will encourage more people from the whole of the Strelley and Aspley to make the most of their local library.

At a time when so many places around the country are being forced to close their libraries as a result of Government funding cuts, we are proud in Nottingham to have maintained a network of local libraries throughout the city. A consultation was also recently launched on developing a new central library with the ambition of making it the best children’s library in the country. Unless austerity is ended as the Prime Minister promised however, maintaining, improving or opening new libraries will become increasingly difficult.

There will be a special official celebratory launch event of the Strelley Road Library on Wednesday 12 December 2018, but it’s hoped many people will come to the library once it is opened tomorrow to see and use the library facilities.