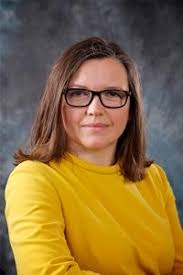 The Labour Group has taken the decision to restore  pre 9.30 and post 11pm  use of concessionary mobility travel passes for over 2500 users following a meaningful consultation with those affected, taking the difficult decision despite ongoing Government cuts.

Last year the Portfolio Holder for Adult Care and Local Transport, Cllr Adele Williams, committed to a meaningful review of the decision taken in 2018 to make changes to the mobility bus pass. Between September and November 2019 a consultation process took place with 1028 responses. Listening to those responses the Labour Group has collectively taken the decision to reinstate the pass in full.

Speaking on the decision, Cllr Williams said, “Government cuts to Nottingham’s funding mean we continue to have to make difficult choices. Reinstating this concessionary mobility travel scheme is not an easy choice and will mean having to find savings elsewhere. It is the right decision though, and I believe the right priority.

We will fight for the funding our city deserves to meet the needs of our citizens and to allow them to make the fullest contribution to our city, their communities and families. We will fund the additional hours of operation for as long as we can as we recognise the value of these extra hours’ use to our citizens. We receive no government funding for the use of the card before 9.30am and after 11pm

We have worked to build an accessible and integrated  public transport system and it’s our ambition to make Nottingham an inclusive city where barriers to work, leisure and good health are cleared. A travel pass that allows disabled people in our city, who are some of the lowest paid, to travel for work, leisure, appointments, and sometimes just to get out and about underpins this ambition.”

The Leader of Nottingham City Council, Cllr David Mellen, echoed these views, saying, “Finance remains the greatest challenge the Council faces at the moment with diminished resources from Government year on year.  I said when I became Leader though that I want to run a Council that listens to people and I believe by reinstating the pass we are doing that”.