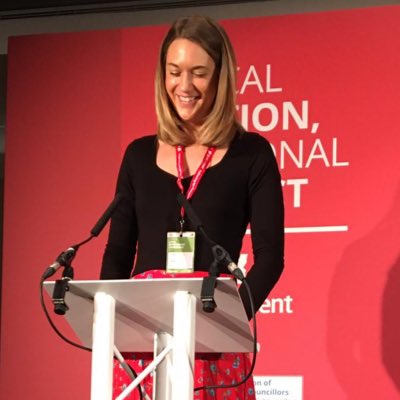 Cllr Rebecca Langton will propose a motion for Full Council on Monday 8th November, calling for more to be done to address the impact that unaffordable childcare has on Nottingham families, and particularly women in the workplace.

The motion was prompted by discussions between the Council and the Nottingham Women’s Centre, who have been researching the issue. England is one of the most expensive places in the world for childcare; the average cost of a full-time nursery place is £263 a week, which is over half the average wage. Childcare costs increased 7 times faster than wages in the East Midlands, the highest level of inflation outside of London. Cllr Langton wants to address this problem which has been heightened following COVID-19. In a recent Nottingham Women’s Centre study, 75% of Nottingham women surveyed said that the cost of childcare affects the amount they can work.

Ahead of proposing the motion on Monday, Cllr Rebecca Langton said “Childcare is a critical social infrastructure and more needs to be done to ensure it is affordable, accessible and doesn’t act as a barrier to employment for Nottingham women. The cost of childcare must be addressed, particularly following the pandemic. As a local council we’ll do what we can to help Nottingham families access information and we want to work with employers to promote good practice. But the government must do more to address this crisis.”

“Although childcare affects all parents, women disproportionately feel the affects of unaffordable childcare. I’d like to thank Nottingham Women’s Centre for their work in highlighting this issue and offer our commitment to continue to work together to address this challenge”.

In the motion the City Council proposes to take action including by delivering an awareness campaign to increase access to support, reviewing its own policies to ensure it is doing all it reasonably can to set a good example on supporting working parents and ensuring easy access to information relating to childcare, as well as reiterating its commitment to be a Child Friendly City.

The council also calls on Government to take steps in order to address the childcare crisis. The council has asked that they provide subsidised childcare from 6 months as well introducing a cap on the cost of extra hours of childcare. The city council has also called on government to increase child benefit, remove the two-child cap for Child Tax credits and to improve the Self Employment Income Support Scheme so that parents are supported when they are unable to work due to school and early year’s closures.

The motion in full along with the full agenda for Full Council can be found here – https://committee.nottinghamcity.gov.uk/ieListDocuments.aspx?CId=155&MId=9181