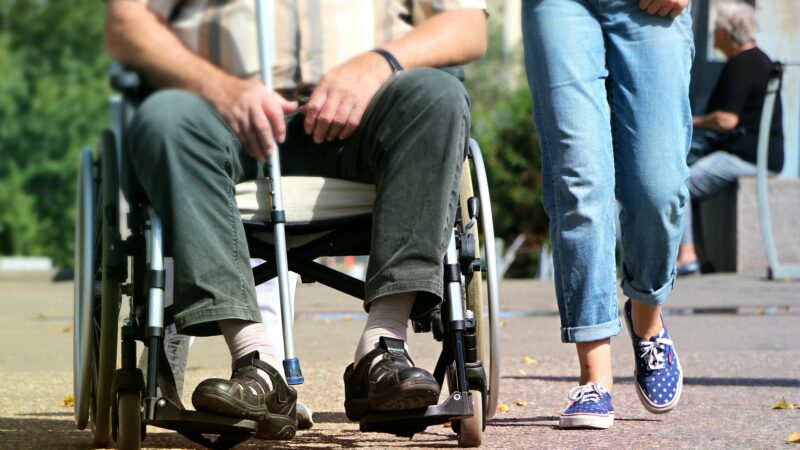 At Full Council on Monday 10th January Nottingham City Labour Councillors are expressing their disappointment with the Government’s response to the social care crisis and pressing them for a fair funding system for social care that does not involve further council tax rises.

Proposing the motion, Cllr Graham Chapman is expected to say “The amount of additional funding, both in the short and long term, will not ‘fix the problem’. The Government continues to rely on regressive council tax increases to plug gaps and there is no long-term strategy for training, recruitment, sustainable wage growth, or professionalising  the sector service which struggling to recruit. This results in further pressure on the NHS as social care is less able to prevent admission and the support that people need in order for them to leave hospital safely and promptly – or prevent admission –  is in short supply.

“The Government needs to provide a better solution than the piecemeal policy it has just announced. It needs to be properly funded, comprehensive. – if necessary via a levy on wealth of those who can afford it to ensure that there is no further call on council tax payers, many of whom are already struggling. Not doing so is just adding more pressure and costs on the NHS  as well as offering an inadequate service to some of the most vulnerable in our community. “

In 2015 the Conservative Government introduced the adult social care precept which put up to an additional 3% on council tax bills to pay for social care services for adults. In the last two years alone that has meant an extra £89 on council tax bills in Nottingham. This comes at the same time as funding from central government to meet the needs of Nottingham people has been cut by £100 million over 10 years,

Commenting on the local context, Portfolio Holder for Adults and Health, Cllr Adele Williams said “It isn’t only that government funding for adult social care  just isn’t enough- it’s also the way it is done – in piecemeal short term announcement designed to sound like significant funding but actually falling well short of the sustainable long term plan that Labour has called for – along with the Association of Directors  of Adult Social Care and it seems virtually everyone but the government. It’s also important that we don’t just focus on protecting the assets of wealthy homeowners. Few people in Nottingham will benefit and many will lose out  from the changes to the new asset rules that are to be funded by  the new levy on National insurance –  but nearly all of us will pay for it. It will also do nothing to support the availability of care, the pay that carers get or the quality of the service.  “Instead of a real plan to build the social care system we need for the 21st century, we have another inadequate sticking plaster that the wrong people are paying too much for. I hope this motion on Monday will help put pressure on the Government for a fair and sustainable solution to adult social care funding.”

The agenda for the Full Council meeting can be found here – https://committee.nottinghamcity.gov.uk/ieListDocuments.aspx?CId=155&MId=9182